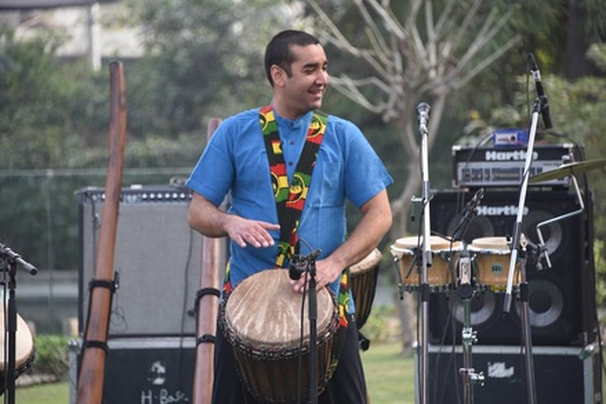 MUSICIAN
He plays and performs on instruments from the world's rhythm cultures – the tabla from India, the west African djembe, cajón flamenco, the Aboriginal Yidaki (didgeridoo) darbouka and framedrums. Additionally, he has a keen interest in wind instruments including the fujara from Slovakia and the native American flute.

PRODUCER
In the studio, he composes, records and produces music for contemporary dance, theatre and film projects. He composes and records jingles, voiceovers and signature tunes for radio and online channels. He is the host of his own podcast.

ETHNO GLOBAL COORDINATOR
Suchet works as the Global Coordinator for Jeunesses Musicales International's Ethno program, that takes place in 40 countries around the world. Suchet began his Ethno journey in 2003 as a participant at Ethno Flanders, then became an artistic mentor there in 2005. Overall, he has been to 31 Ethno camps, mostly as an artistic mentor. He is the founder of Ethno India and organised the first three editions (2014-2018).

More info on Ethno and its worldwide reach can be found on www.ethno.world

Suchet has studied tabla under the legendary maestro Ustad Chhamma Khan of the dilli gharana and his son, Ustad Shafaat Ahmed Khan.

His training in music started at the age of six, when he began receiving hindustani classical vocal  from his mother's guru, Pandit DG Marathe of Gandharva Mahavidyalaya Pune, for a period of two years.

In Chandigarh, where he moved to after Sanawar, he began learning tabla at age 12, first with Shri Paramjit Singh of the Punjab gharana, and then from his guru Shri Pawan Kumar Varma. He also met and received guidance from Ustad Lakshman Singh Seen, who was the guru of Sh. Pawan Kumar Varma. During that sojourn to Jalandhar, where the great Ustad lived, Suchet recorded a tabla solo on Doordarshan TV, age 15.

After his family moved to Delhi in 1991, Suchet became a ganda-bandha shagird of Ustad Chhamma Khan. This period of training, with its emphasis on tone, control, and speed, was a fruitful time for Suchet. Not only did he study the nuances of tabla under the guidance of a master of the oldest gharana of tabla, it also laid the foundation for his study of percussion years later, which began with darbouka, then didgeridoo/yidaki. Djembe, cajon, bongos and framedrums followed, and today his repertoire of drums, percussion, native, ambient and tribal instruments encompasses instruments from around the world.

Suchet has also studied layakari with Pandit Kishen Maharaj of the Benares gharana during a sojourn in Autumn-Winter 2004.

Suchet currently studies West African djembe under the guidance of David Manderlier, who has learnt from Mmady Keita and Babara Bangoura Fakoly. 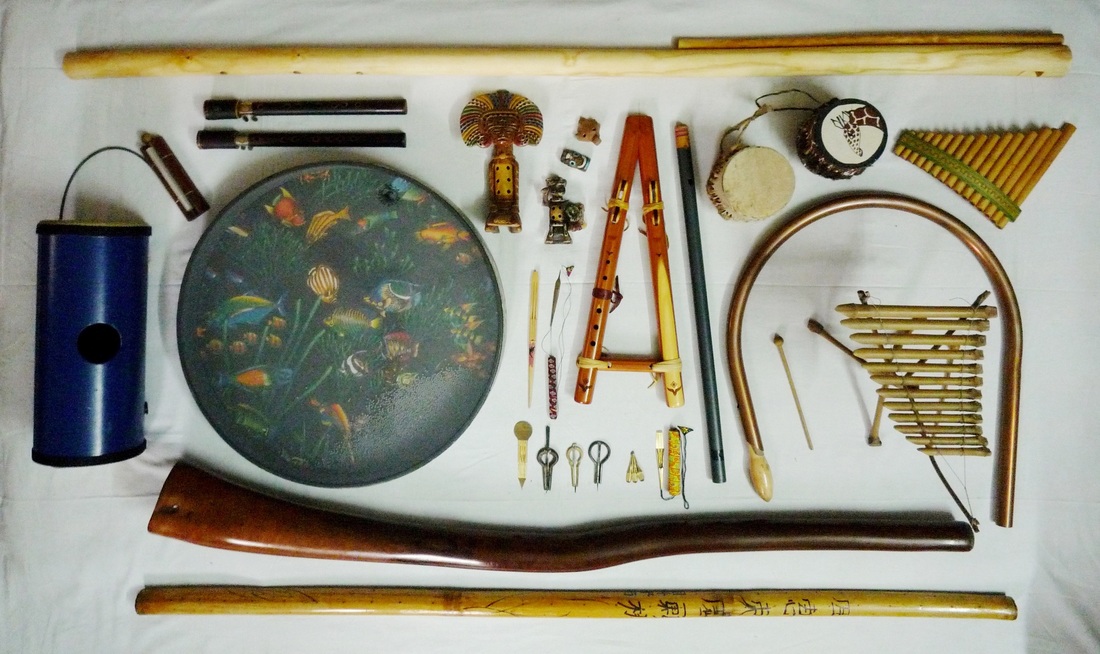 ~ Suchet represented Ethno at the Folk Alliance International Conference in New Orleans, Louisiana from Jan 22-26.
​~ Suchet was Artistic Mentor at Ethno Sicily (July 29-Aug 3) and also performed at the opening of the Alkantara Fest in duo with Swedish cittern player Albin Broberg (July 29). 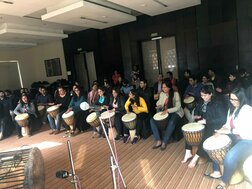 Suchet, together with drummers from Sunshine Ensemble, conducted a series of three corporate interventions for Ernst & Young (Dec 17–19), in partnership with Siksha. About 70 participants took part on each day. The workshops addressed the theme of "Build, Bold, Bigger".

Suchet has been teaching various workshops this past autumn/winter, starting with TugBug Children's Center (Sep 9), students of the MA (Dance) course at Ambedkar University (Oct 23) and students of the first UNIMA Foundation Programme for Puppeteers (Oct 30 and Nov 21).
ETHNO SWEDEN

From June 28 to July 6, nearly 100 musicians from six continents met at Rättvik for Ethno Sweden, the mother Ethno. Two concerts at the prestigious Bingsjöstamman (July 4) and at Rättviksparken (July 5) marked the culmination of the project. Suchet was one of six Artistic Leaders. www.ethno.se
ETHNO INDIA

From March 9 to 19, forty musicians from fourteen countries collaborated and presented two concerts at the Lotus Temple Auditorium as part of Ethno India. Suchet is the organiser. Watch the webstream on www.ethno.in 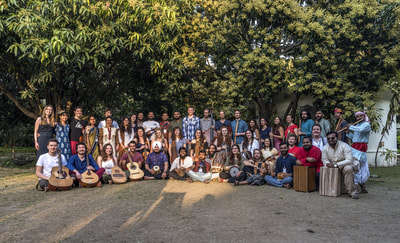 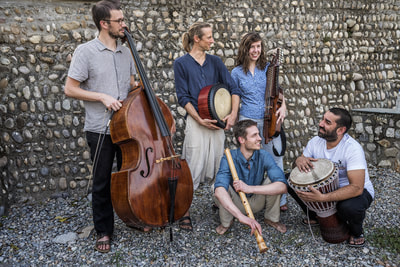 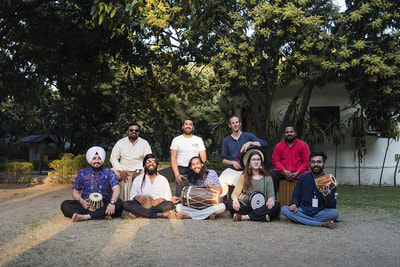 On March 2, the 12th Holi Moo Festival took place in New Delhi. The festival has been voted one of the 12 Festivals and Events Worth Travelling for in 2018 by USA Today. Suchet was asked to curate the Opening Ceremony.

The festival began with a Shankh Naad, then went into forest soundscapes with didgeridoo and throbbing bass drum, progressing to West African drumming with the Sunshine Ensemble. In the second song by the ensemble, Kuku, live dancers took to the stage. Then followed a moment of quiet with a prayer to Pachamama (Mother Nature) and a Rajasthani folk song. For the finalé, the 21-member World Drum Ensemble took to the stage and drove the music up to a scintillating tempo. Amid the drumming, dancing and chanting of "Holi Hai!" ("It's Holi!"), the festival began.
INVERSION

​Suchet's work on the music for Yuko Harada's dance and Ashley Lobo's choreography was well received by an august gathering of arts lovers and industry professionals. The pre-premiere took place in Mumbai on February 8. 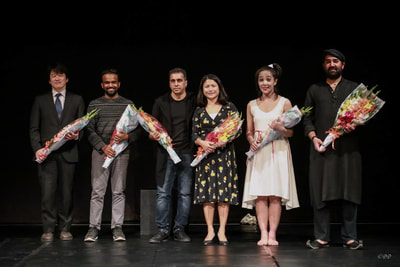 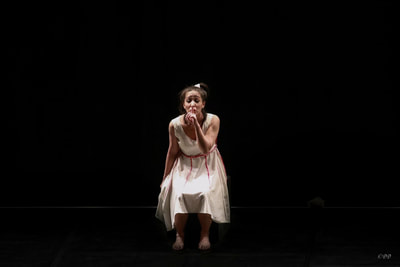 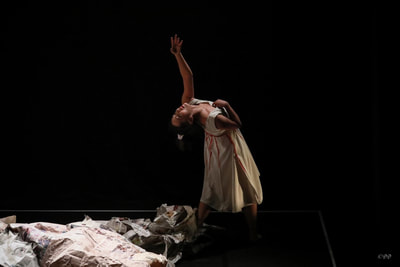 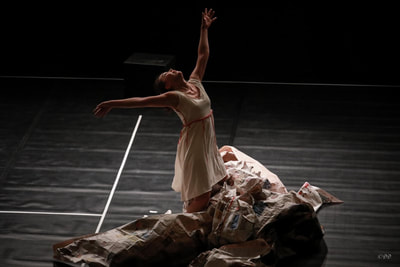 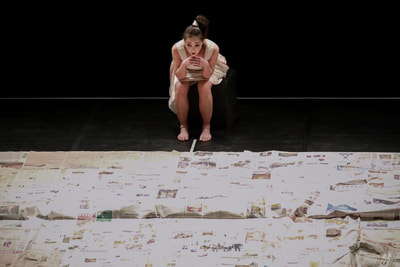 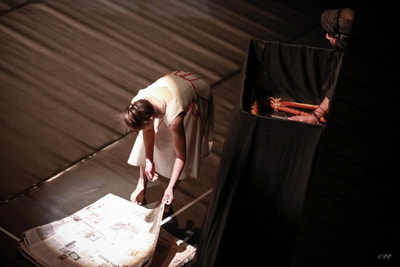 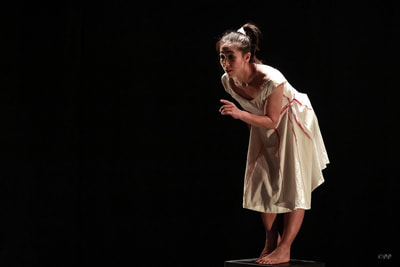 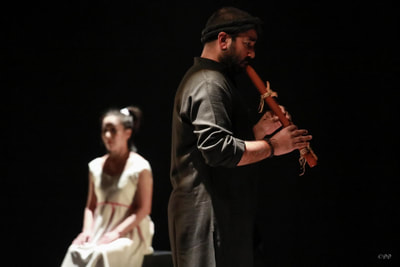 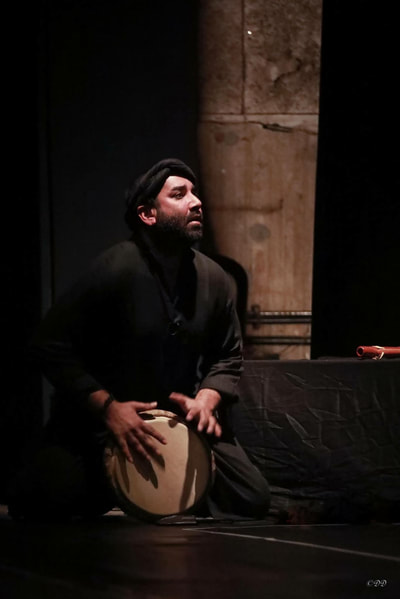 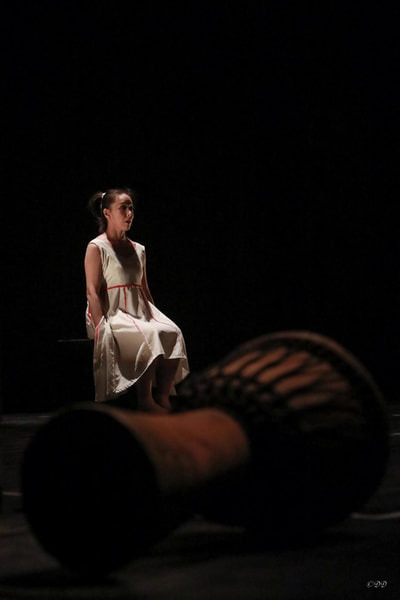 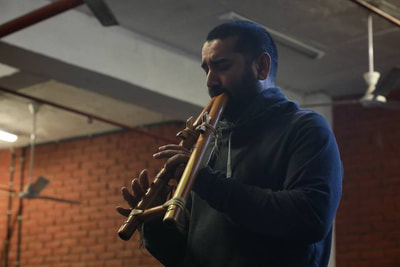 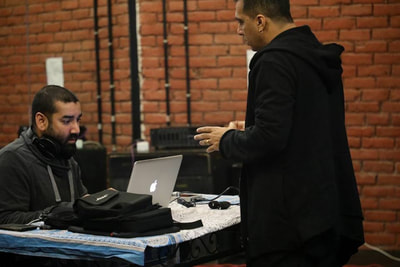 PLAY IT MY WAY 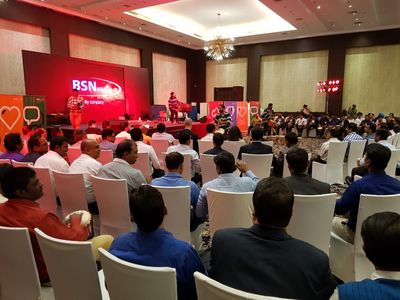 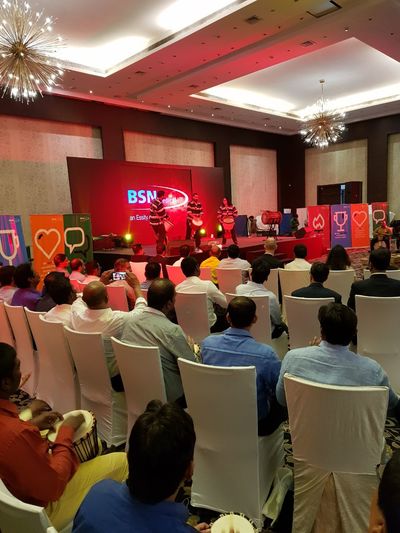 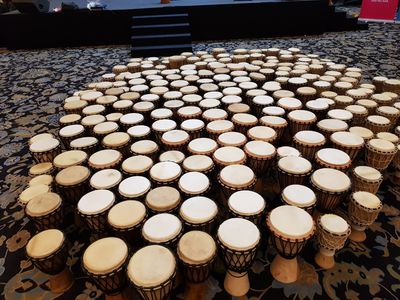 Naad Nidra is a new way to listen to music – lying down on your Yoga mat! Suchet presented these intimate acoustic concerts in duo with longtime collaborator Glenn Louvet. These are the sessions so far – 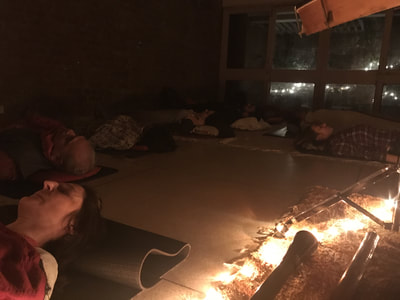 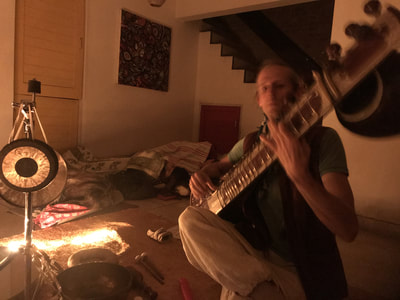 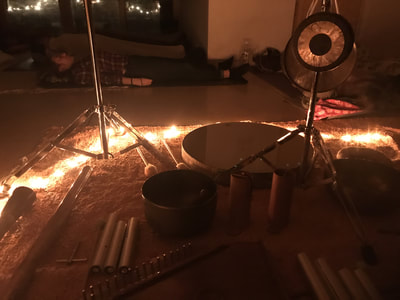 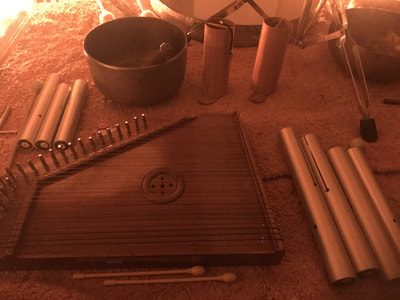 ENSEMBLE MOSAIK
Ensemble Mosaik from Berlin – famous for their New Music – was on tour in India, and Suchet was invited to perform with them at the Max Mueller Bhavan on April 28, along with other Indian artists.

MAHABHARATA
Mahabharata is a puppet theatre production for which Suchet has scored the original music. It won three awards at the Mahindra Excellence in Theatre Awards – META 2017 – for Best Production, Best Director and Best Choreography, held on March 10.

~ Performed for the President of India with Capital City Minstrels
~ Performed at the TED/INK Conference in Jaipur
~ Stories through Sound performed on the banks of the river Yamuna for a special concert to create awareness about the river
~ HFT played at India Music Week in New Delhi, in which Suchet was invited as a panelist and speaker at the accompanying conference
~ Co-writer and musician on the Namaste project, which brings original stories from India to schoolchildren in Sweden, together with award-winning Swedish musician Susanne Lind. Tour of Sweden
~ Artistic Leader at Ethno Denmark, a young orchestra of 30 folk & world musicians
~ Artistic Leader at Ethno Sweden, a young orchestra of 100 folk & world musicians
~ Six-city tour of Belgium with Kurta Environment
~ Tour of Sweden with Northlight (Karlstad, Arvika & Stockholm)
~ Aralash Fusion Festival, Bishkek, Kyrgyzstan
~ Performed at the Du Dubai World Music Festival with HFT
~ Performed with an Indian music ensemble curated for the World Economic Forum, Davos, Switzerland
~ Performed at the Bangalore Habba Jazz Festival with HFT